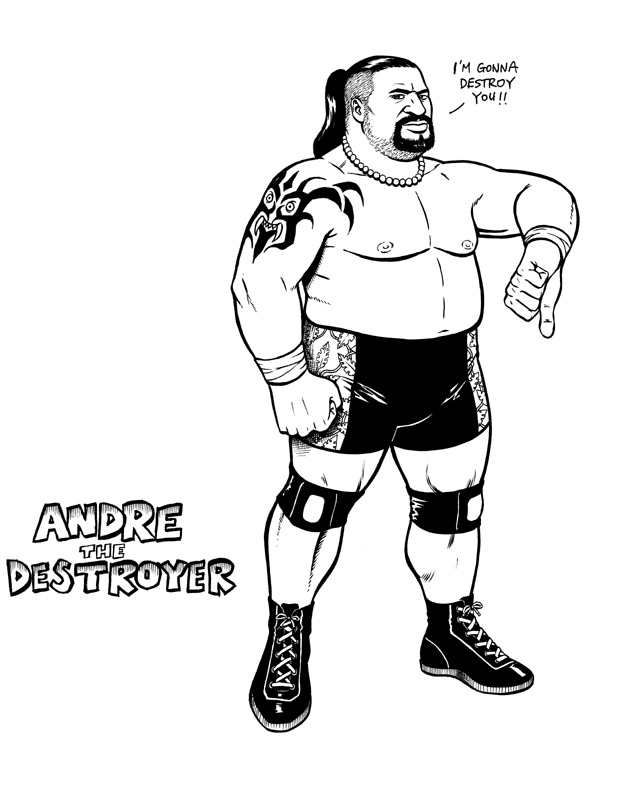 Coming from a large wrestling family, Andre Anoa’i literally grew up in the wrestling ring. The youngest of five children, he would watch his father, uncles, and brothers practice in his backyard. Performing in independent federations in Florida, he captured the FTA Heavyweight Championship before joining his older brother, Arthur, in the UWA.

Despite his large frame, Andre is quite nimble and known for his high-impact moves and lethal submission holds. A long-time fan favorite, many believe he has the charisma and in-ring ability to become the World Champion. Rod Bandy feels otherwise and has not allowed the young wrestler to perform in any main events.