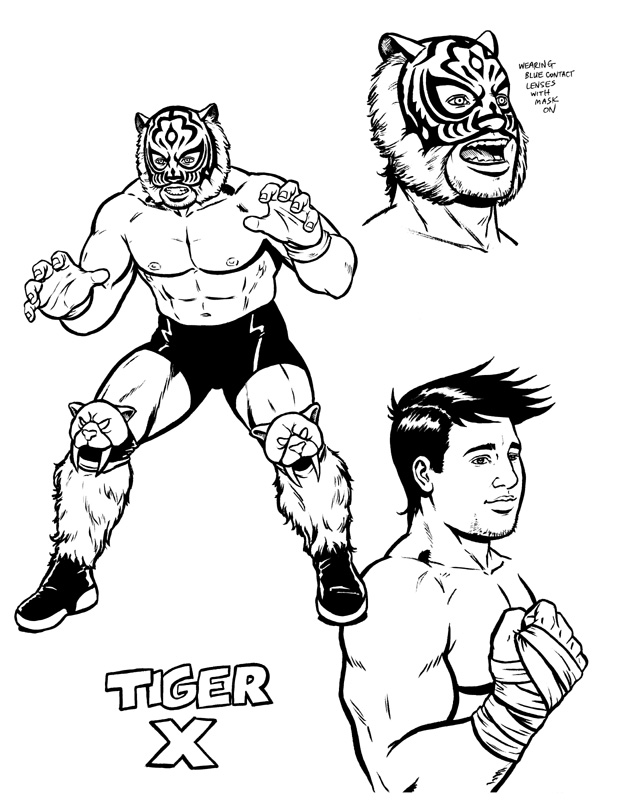 Before entering the world of professional wrestling, Kenzo Sakuraba participated in mixed martial arts (MMA) with a record of 8 wins, 2 loses, and 1 draw (3 by knockout, and 5 by submission). His father, Satoshi Sakuraba, was a former professional wrestler, who competed under the name White Tiger. When Satoshi passed away in a car accident, Kenzo was completely devastated. Wanting to preserve his father's legacy, he abruptly left mixed martial arts and began training in professional wrestling. Within a few months, he debuted as Tiger X, wearing his father's trademark masks. His experience in MMA proved to be invaluable, as his matches had a degree of gritty realism rarely seen. At the age twenty-five, he won the two-day Nippon Wrestling Federation tournament to become the youngest Junior Champion.

While touring in Mexico, he became good friends with El Ocho Loco and incorporated lucha libre elements into his mat-based, submission style. They feuded with each other in a series of memorable matches before becoming a tag team in the UWA called “The Masked Marauders."

Kenzo is fluent in Japanese, Spanish, and English.