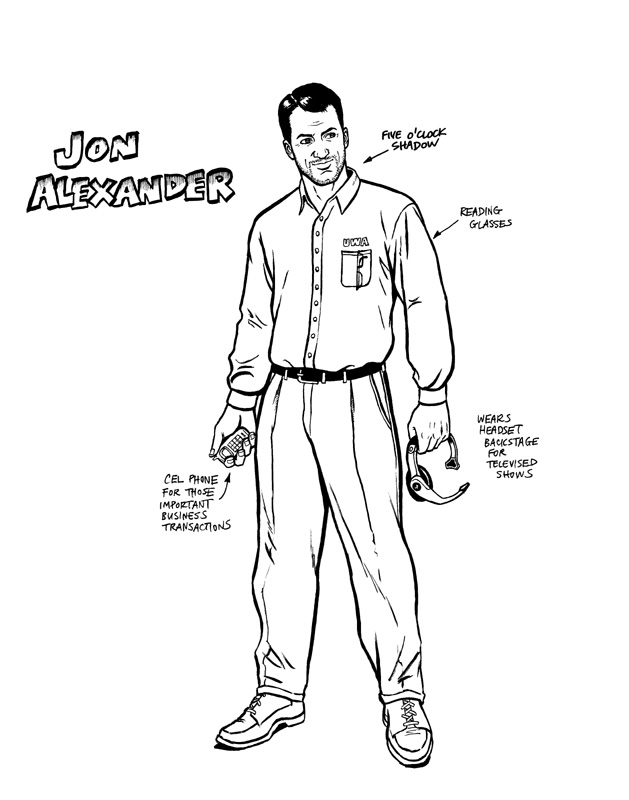 As the owner and head booker of the Universal Wrestling Alliance (UWA), Jon Alexander runs the largest wrestling company in North America. Known as a shrewd businessman, fans and wrestlers have criticized him for being cold and uncaring towards his performers, hiring and firing them on a whim and not providing medical insurance or benefits.

Aggressively seeking to deregulate pro wrestling, Alexander has claimed that it is a form of entertainment rather than an actual sport, thus avoiding any licensing fees and taxes that he would have to pay to the state athletic commissions.

The UWA achieved greatest success during Rod Bandy’s first two title reigns. As ratings and crowd attendance have started to wane, he has employed several Hollywood writers to rejuvenate his business with more “edgy” stories and content, even hiring his nephew, Craig Horsley, to be lead writer of the weekly wrestling show, “UWA Ultra Slam.”