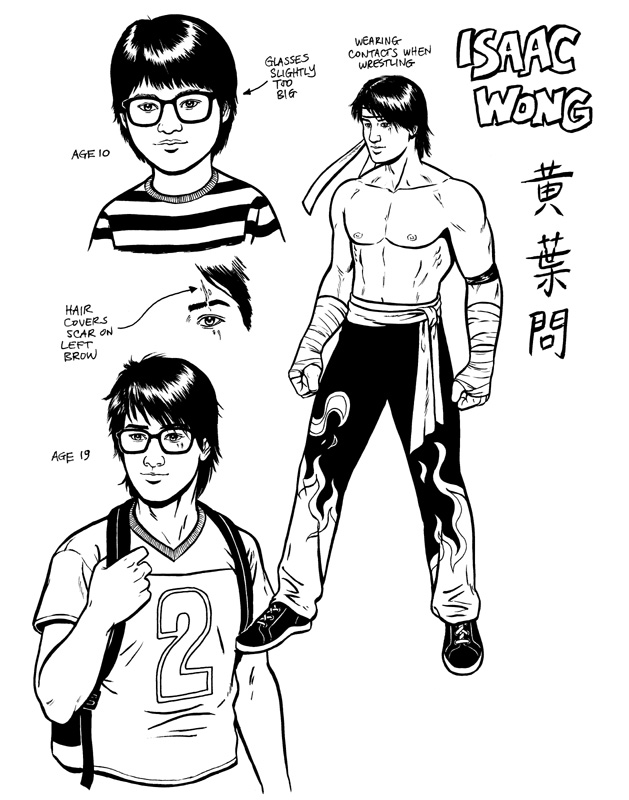 Isaac Wong has only loved two things in his life: pro wrestling and Cassie Fullerton. Throughout his childhood, his mother, a dental assistant, raised him while his father worked overseas as a chemical engineer. Without a paternal role model, he sought solace in watching pro wrestling with his best friend, Shane Grant. When Cassie Fullerton arrived in his 5th grade class, Isaac immediately had a crush on the blonde, blue-eyed girl. As the years went by, his infatuation grew even stronger, but his shyness prevented him from ever expressing his feelings toward her. Meanwhile, as Cassie matured into a beautiful, young lady, her flirtatiousness towards other boys fueled Isaac's jealously and frustration.

Wanting to escape from heartache, Isaac and Shane began attending Tao of Wrestling shows in their hometown. During one show in their sophomore year of high school, they snuck into the locker room to meet the wrestlers. Impressed by their enthusiasm, Felix Inosanto allowed them to be part of the crew to help set up the ring, collect tickets, and post flyers around the neighborhood.

After further insistence, Isaac and Shane persuaded Felix into training them despite his objection that they were too young. Within three years, Isaac and Shane had become regular performers in the Tao of Wrestling, heavily influenced by Felix's wrestling experience in Japan and Mexico. As an homage to his idol, Bruce Lee, Isaac gave himself the ring name, “The Chinese Connection.”

Isaac never told his mother about his wrestling pursuit because he knew that she would vehemently object. Even with this extracurricular activity, he was able to maintain academic excellence, becoming a Siemens Competition National Finalist and receiving a $10,000 scholarship for his research on thought-controlled prosthetics.

Now, at the age of 19, Isaac is at a crossroads. Majoring in biomechanics and orthotics, he is fulfilling his mother's wish of him becoming an engineer, yet he feels unsatisfied, wanting to become a wrestler for the Universal Wrestling Alliance, the largest wrestling promotion in North America. His obsession with Cassie Fullerton has not faded either, as he makes one final attempt to connect with her.