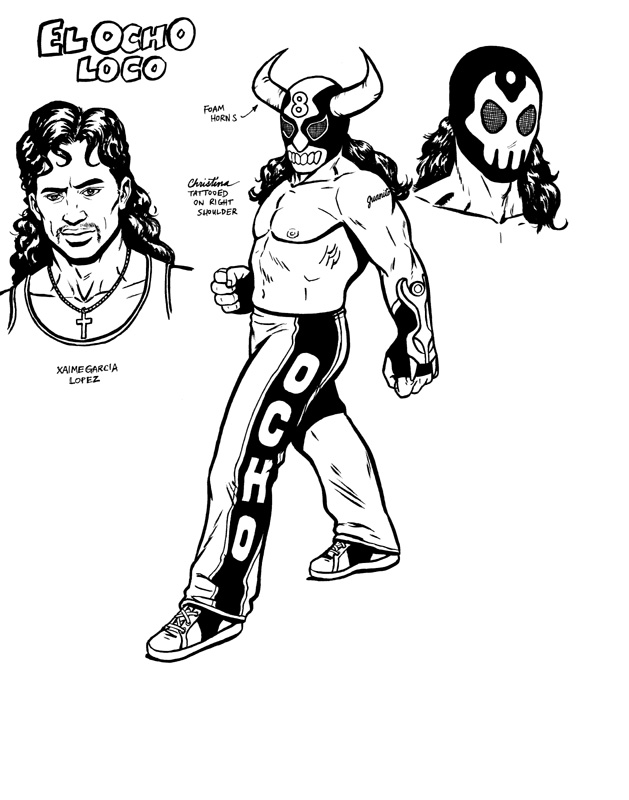 Growing up in a poor neighborhood, Xamie García López always wanted to see his siblings and parents have a better life. At the age of sixteen, he began training with the legendary luchadore, El Fuerte. When he finally debuted, his mother made a mask for him, and he called himself El Ocho Loco, referring to the number of brothers and sisters in his family. As his popularity grew, his mother continued designing elaborate masks for him, and soon he received the nickname, “A Man of a Thousand Masks.”

When Nippon Wrestling Federation had a talent exchange with Asociación del Lucha Loca, El Ocho Loco befriended Tiger X and introduced him to lucha libre. The two had a series of breathtaking matches, which culminated in a mask vs. mask match. Tiger X won the seesaw battle, forcing El Ocho Loco to reveal his face to the public.

Xamie is married to El Fuerte’s daughter, Felicia, and has two children.